This morning was rough. I woke up at five with a horrible hangover and desperately had to pee, but rolled over and ignored it until 7. I had zero interest in hiking and did not want to leave my nice warm couch for hours. Ryan came in all cheery and rested to wake us and get things moving. Both Petunia and I struggled to stand and slowly packed our things in the car to head back to the trail.

We stopped to get coffee and bagels on the way while my head was pounding and my stomach was moaning. The food was helpful, but we still had a huge day ahead of us.

We left Ryan at the trailhead and watched him drive away only to return within seconds to drop off my wallet I stupidly left in his car. He drove off again and we began our slow moving thirty mile day at 9 am. 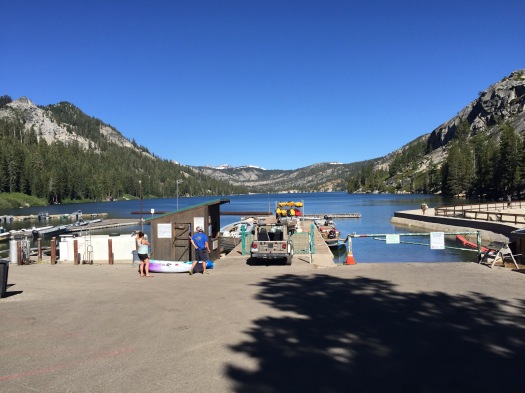 The day was extremely lax overall and made for a perfect day to slog through the forest to make solid miles. The first few were all flat and wrapped around a lake and jumped over to another one called Aloha Lakes, which had shallow, blue waters and small pockets of rocks that stood out of the icy water. Snow was all around the range to the west and we were happy to be on solid ground on the other side.

We had two decent climbs, one of which was over Dicks Pass which gave us grief on the north side with snow covering the trail and leaving us lost on top. We found the trail with another woman and made our way down the backside. The hangover had started to wear away by this time and we were happy to have the last 18 miles on smooth elevation, but we had no idea what other obstacles would come our way. 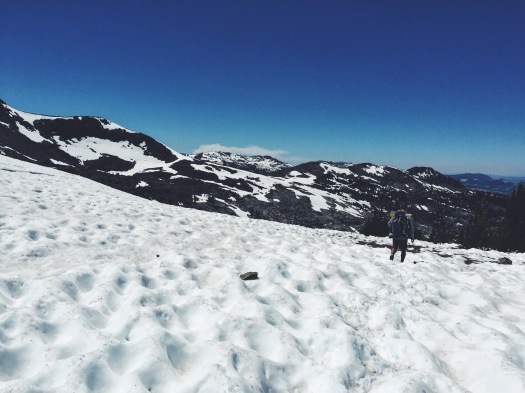 Around mile 20 we stopped to eat dinner and were swarmed by mosquitos. Not just a few here and there, but thick clouds of them that would add a layer to your skin if you didn’t brush them away. In the process of killing them my arms and legs and hands got splotches of blood all over them as the little ass holes sucked me dry.

We ate quickly and resumed the trail with a quickened pace while mosquitos chased us for the last ten miles. As I followed Petunia I would see hundreds of them fly around his legs and land all over his back and neck to make him swat them away constantly. We both laughed at first at how insane they were, but then it got worse and never stopped until we got to camp.

Petunia put his bug net immediately while j made a fire and killed as many as I could. The smoke held some off, but with my leg exposed the would all come at once and attack. One time I swatted five and killed them all at the same time. Together we must have killed nearly a thousand today and they are sill buzzing around. 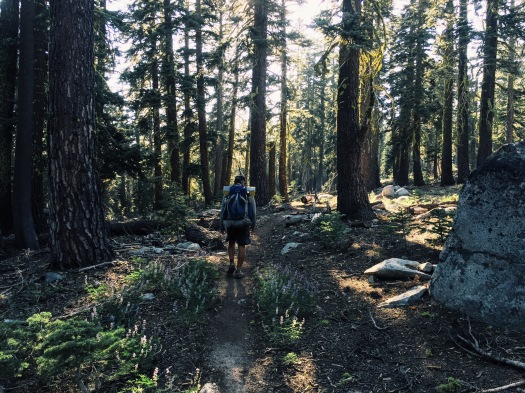 I can hear Petunia clapping his hands together in his tent and chuckle Everytime. This little things are the worst and I hope tomorrow morning brings some wind to push them away.
We have another thirty tomorrow with a few good climbs and are both so happy to be in our bags ready to sleep after waking up with only five hours of rest and a rattled brain from a relaxing night. It’s good to be back on trail and have another night to fall asleep to running water and watch the stars shine up above.