I was hoping my zero would do the trick in healing my shin, but from the first few steps on trail this morning, I knew I’d have a tough decision to make that would determine the rest of my trail.

It was hard enjoying the views today and the smoothness of the trail due to my injury, but I did my best to stop a lot and walk slowly to look around and take it all in. I walked into Oregon early on in the morning and spent a lot of time in a dense Red Fir forest with ins and outs of rolling hills and incredible views of surrounding mountains and Shasta way out to the south east.

I took some ibprofen early on and that allowed my mind to stay off the pain, but only masked the reality of what was going on with my shin. I walked for a few hours alone until ran into a man named Napolean I met the other day in the valley. Napolean is a character you couldn’t make up. He is from southern Louisiana and built like an Ox from his two year sentence in the penitentiary. He has long, curly brown hair and a healthy looking beard that adds to his intimidating demeanor. He is full of energy and talks incessantly about the trail and cracking jokes the whole time. My favorite quote so far is, “if you have one foot in tomorrow and one foot in yesterday all you can do is piss on today”. He’s incredible.

We walked together for a while until we ran into the hikers I met the other day at the cougar woman’s house and the four of us walked the final six miles to the lodge off I-5. The other two hiker guys I’ve been hanging around are in their early twenties and a couple of hippy-punkers from Reno who describe their roots in Reno as the butthole of the west, saying, “you can take the kid out of the butthole, but you can’t take the butthole out of the kid”.

The four of us went into the lodge and drank our free beer when I decided I would be getting off trail for at least three days to allow my shin to heal. We ended up mobilizing to hitch into Ashland when Napolean came rolling down the hill in a blue Kia driven by a man named Goat who hiked the AT in 14′ and was picking up another hiker named Grey Squirrel. He offered to take us into town so we all piled in and were given a beer for the ride. Two beers after 6 ibprofen will make you feel like you’re floating. 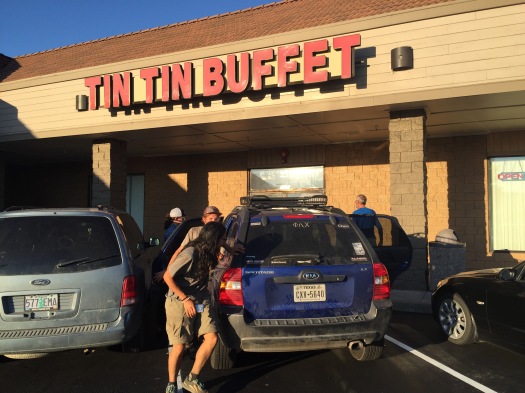 On the way into town Goat offered up his place to us and said he was having a party tonight so we decided to stay with him and on the way home ate at a Chinese buffet, of course. Grey squirrel picked up the tab and I became even more overwhelmed with the kindness I’ve been shown today. After pounding food and soft served ice cream we went to the house to shower and have some beers around a fire. 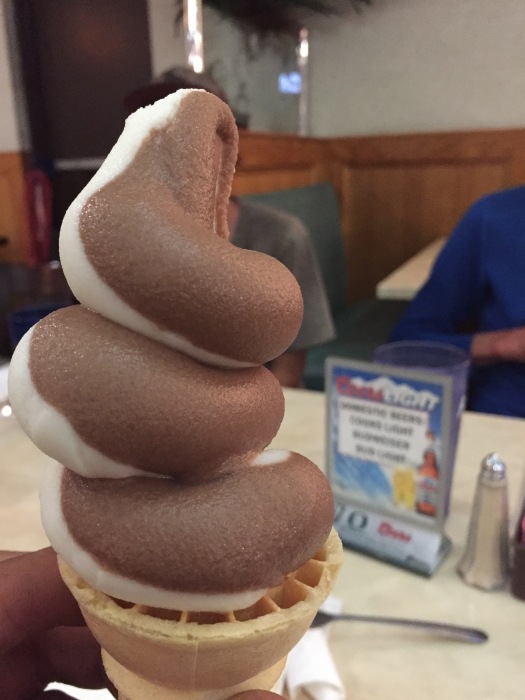 I was stressed out on trail today worrying about my shin and the money it would cost for me to stay in town for a few days and now have found myself in a home for free for as long as I need and a dinner paid for and a new pair of shoes given to me by another hiker. I’m not sure if these three days off will be enough to heal my shin, but I’m going to take things as they come. I potentially will be trimming weed for one of Goat’s friends who works for a local dispensery.  Something to keep me busy and enabling me to make a few dollars in the process.  If these few days don’t heal my shin then I’m going to have to go on an ibprofen diet for my last month of trail and keep a watchful eye on this damn body that is having a hard time keeping up with my mind.