After finishing the PCT I had dreams of going for the fastest known time of the Long Trail in Vermont, but it has been a while since I have spent time in the rugged woods of the north east and feeling my injuries flare back up after only a few miles of hiking, I knew this wouldn’t be my year.

While I was in Canada I spent most of my days with a crew of about eight dudes who had just finished the trail as well. We hot tubbed and drank beer and wasted the day away telling stories awaiting the 2 am bus ride into Vancouver. It felt good to be relaxing in good company and having space to verbalize my experience to ears that shared the journey. After we all found our little nooks in the lodge and a few hours of sleep, the bus came and took us to the city. 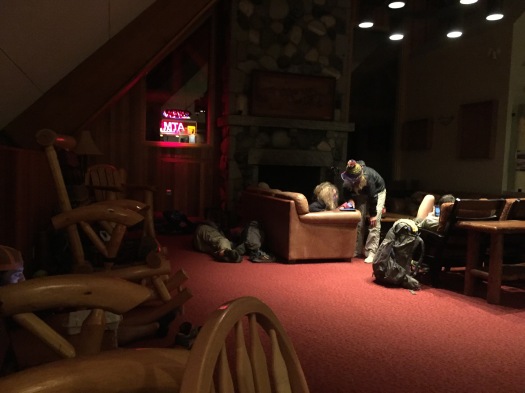 Vancouver wasn’t all I hoped for it to be. The streets ran in a classic city grid and tiny shops of car parts, bakeries, smoke shops, convenient stores and used book stores lined the road. I walked for miles down the mundane streets and eventually found a shopping mall to do some people watching from a Starbucks window. I spent most of that day wandering around and searching for kombucha before getting the airport to begin an all night, three layover flight to Vermont.

The flights were brutal, being squeezed between two people in the dead of night and no place to lay my head and get a few hours of sleep. I watched a few movies and read some interesting articles about CRISPR to distract myself from the extreme exhaustion I was feeling. Finally, after 12 hours of flights I made it to The Green Mountain State.

They say if you flatten out Vermont it would be bigger than the state of Texas. The day after I landed I went with my girlfriend and a friend of hers to do some hiking up to White Rocks, which is a part of the Worcester Range about thirty miles east of the Long Trail, Camels Hump and Mansfield, where I had hoped to be spending the next few days breaking records, but after this tiny 9 mile hike I knew there was no way I was ready for it. 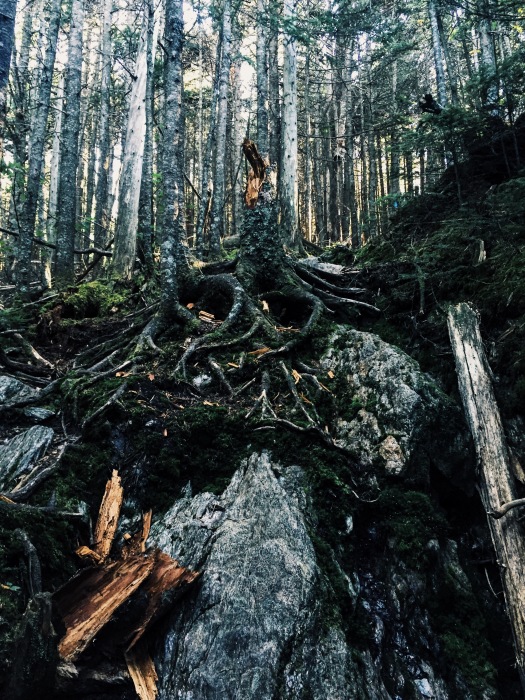 I had forgotten what hiking in the east was like. Unlike the west where you can get into a rhythm and gear to space out in, you are constantly rearranging your foot placement and battling the rocks and roots that literally are the trail you are walking on. Random climbs over wet rock and slick roots force you to use your hands to pull yourself forward and balance yourself on the ascent. It’s not uncommon to walk straight to what appears to be a wall and see a blaze at the top with a questionable route over boulders and trees. During a climb on the PCT you will average around 500 feet for every mile. In the north east you will do in about a half mile. The elevation gain is almost double that on the west and the entire time you are in a war with the forest that has placed obstacles throughout the entire walk. 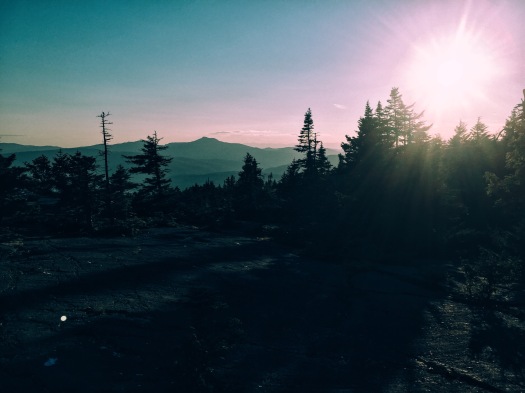 When we summited white rocks there was about an hour left of day light and we spent time pointing out ranges and peaks from our 360 degree view of the state. The Whites of New Hampshire stood to the east and smaller ranges rolled south. As the sun began to set we watched the tiny lights of houses and towns begin to shine in every which direction. There weren’t lights centralized in one location but a scatter of them as if the stars in the sky had fallen into the earth and lit the ground in their twinkling fashion. We spent some time discussing constellations and guessing where the sun would rise before we fell asleep cowboy camping on the east side of the summit in order to avoid exposure to the wind. 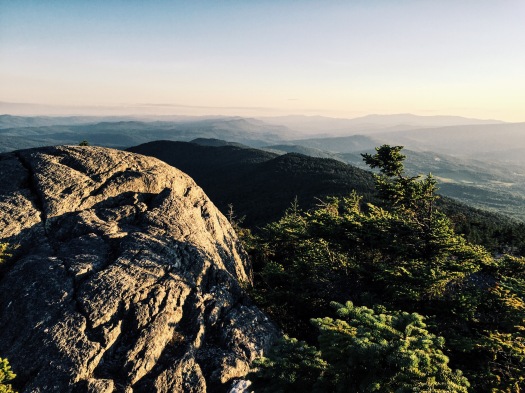 The beauty of the east is not only the dense wilderness of the forest and the almost otherworldly colors of green, but also the balds on peaks and the rock walks when you near summits. For people who are view obsessed, the north east is not the place to be, but for anyone who appreciates those few moments of exposure and the struggle to get there with a rare walk across eroding rock and spruce roots, this is the place to be.

It’s almost always agreed that going up a mountain is better than going down in the north east. It’s slow going either way, but downhill can be extremely sketchy if the trail is wet, forcing you to hold on to trees as you drop ten feet in a matter of seconds. This is when I really started feeling my foot injury come back to life. It’s nearly impossible to get a solid step on the trail and find a consistent stride as you move through the forest, but that is part of the beauty of the hike. 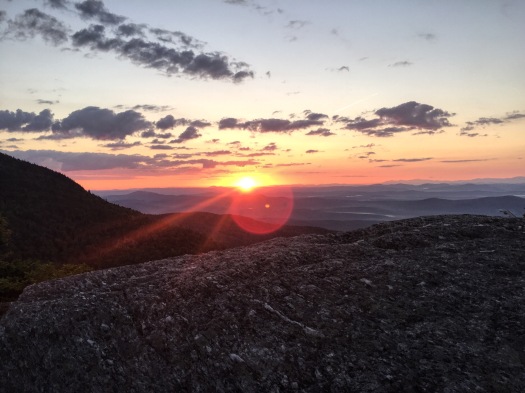 This year won’t be a record breaking year for me, but I’m glad to have another thru hike under my belt and to have had an opportunity to taste the wonder of the mountains in the north east. This country is so vast and full of so much diversity from the rugged peaks of the Sierra’s to the scorching heat of the desert to the rolling enchanting forest of the north east. I feel incredibly lucky to have connections around the country that allow me to dabble in all this country has to offer and there is truly SO much more to be discovered.