It seems we are beginning to settle into this hitching mentality and beginning to find a balance of movement and rest. Waking up in a bed this morning to spend the early hours with Nantes enabled us to start our day feeling fresh and ready for adventure. Some days are swamped with activity and energy while others feel slower with spaces of peace and stillness. Today, the latter became our reality as we still found ourselves with some distance north from Nantes. 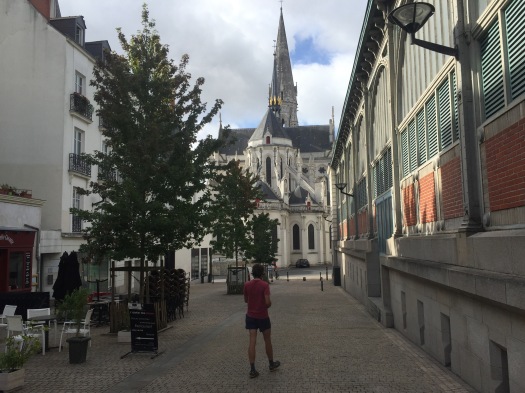 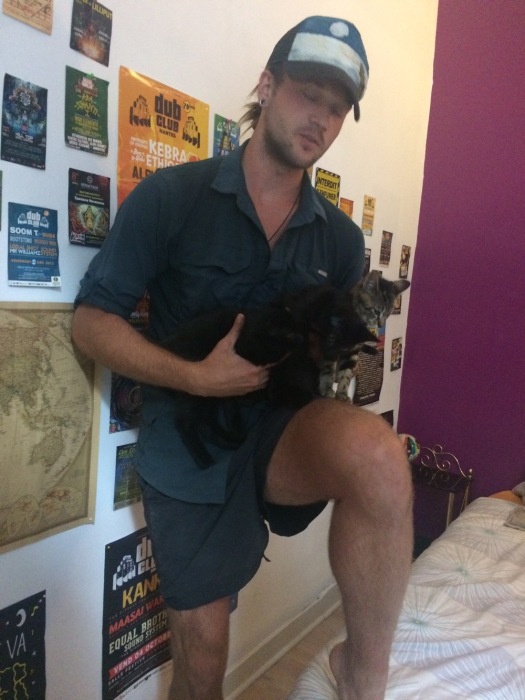 We didn’t stay in Nantes very long, but still enjoyed walking around the city for a while after breakfast to take photos and pee in the public pee tank on the sidewalk. Ryan was very excited about this. We began to walk north on small roads through the city before we began hitching to get on the highway. Within five minutes we had our ride. 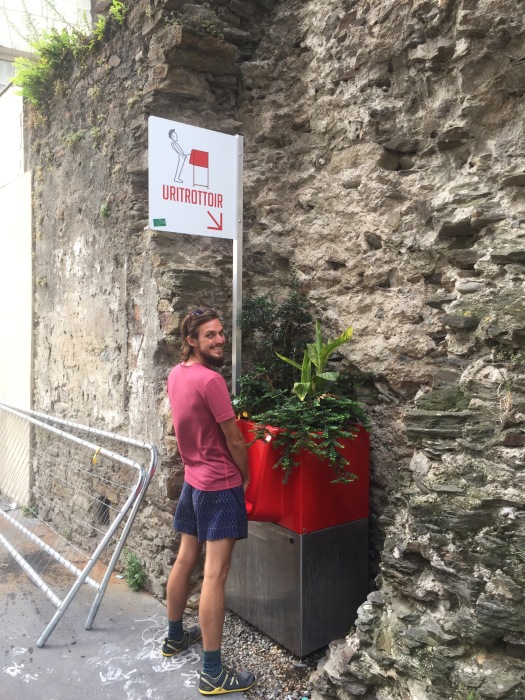 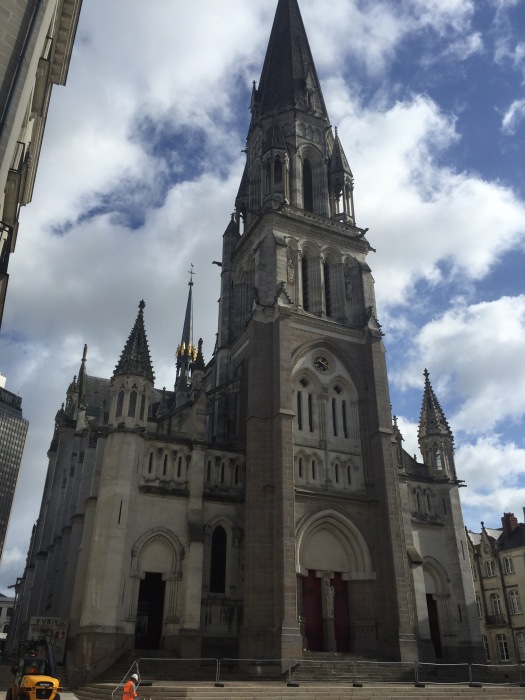 Highways seem to be a bit more difficult to get a ride on maybe due to the amount of cars passing everyone thinks we will get a ride sooner or later. After a longer wait than we are used to we finally got a ride 15 kilometers south of Vannes with a man who again offered us a beer and smoked an endless cigarette that seemed to cloud over my face making me nauseous for the thirty minute ride. 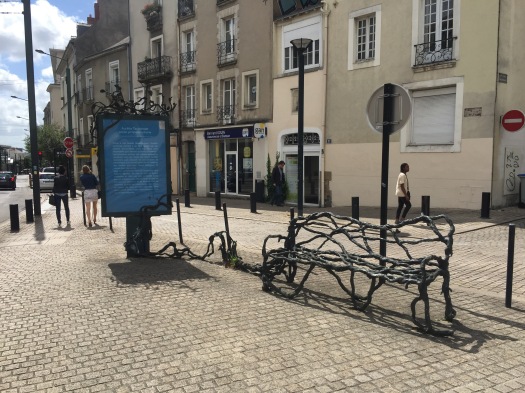 Finally we got out of his car and began looking for a ride in the city. A huge blue van came up with a pirate flag over the passenger seat and offered us a ride. Our driver was a wonderful woman heading to the peninsula forming the bay of Vannes. She offered us a ride to the very end of it rather than into the city so we agreed to go where she would take us. Unfortunately we had to get out early because we needed to grab some food, but she gave us her number to ride with her to this place called the Magic Forest in a few days if we wanted to. There is an ecovillage there and although it’s not far, ryan and I are very tempted to join. That story will come later.

We were dropped off at a supermarket where we bought some breads, cheeses and meats before walking to the bay to spend some time resting on the quiet waters under a grey sky with the soft lull of water folding onto the sandy shore. Sitting on the beach may have been the highlight of my day, getting a chance to rest in a quiet space with the smell of the ocean in the air and the temperature mimicking memories of the north east. It was a very recharging atmosphere to rest in.

After a while ryan and I got up and decided to hitch back around the bay into Vannes and see what the city night would bring us. Within two hitches (making that 26 for us since we left the Pyrenees) we found ourselves at the port of Vannes surrounded again by people and the glamour and clamor of city life. We wandered around for a short minute and began hearing the sounds of music coming from a bar so we followed the noise and went in to spend the rest of our night watching an amazing ska/jazz band impressively rock the bar. 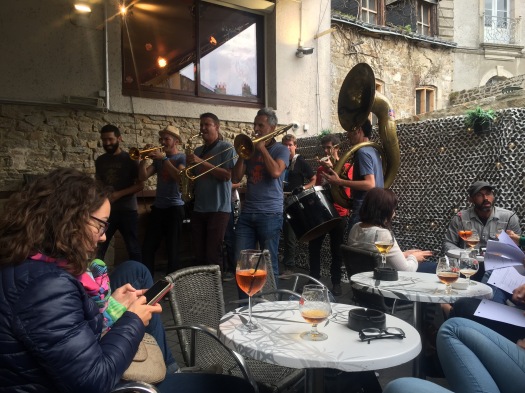 After a shared bottle of Chardonnay with my boy, we went to find our camping spot in the city. We walked to a nearby park and found a playground to set up our sleeping spots behind some benches out of the lights surrounding and out of sight from people passing by.

Some days in this journey feel slow and allow for a lot of space to breath and relax, while others feel intense and crazy. I like the contrast and am very thankful to have had another day to rest and find beautiful places to relax and be still in. There are no plans for tomorrow so we will see what happens as it comes.