Last Monday night some friends and I met outside the house I’m staying at 8:30 p.m. to drive to the Kite Lake Trailhead where we would sleep for a few hours before attempting to climb four of Colorado’s 14er’s. I had been following the weather all week long hoping that the forecast for Tuesday would change, but even on the drive to the trailhead it looked like we’d be getting some rain and heavy cloud coverage. The goal was to get up early and beat the rain before it got too bad. We kind of succeeded at that. 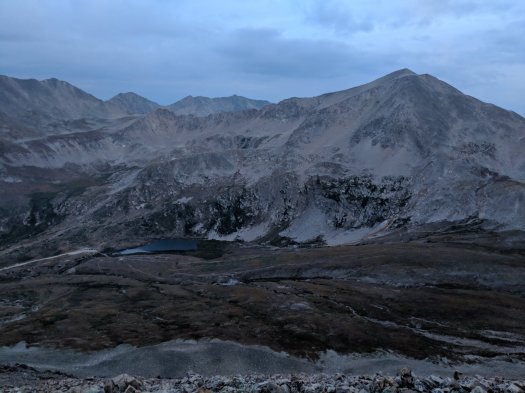 We pulled into the trailhead around 11:00 pm after a thirty minute drive over some eroded rocky road that my Toyota Camry championed over. There wasn’t much to do when we got there other than pass out so we laid out a tarp and fell asleep with clouds slowly encompassing the sky and beads of water slowly forming on top of our sleeping bags.

I think we slept about four hours total, but woke up at 4 am feeling surprisingly alert and ready to go. We made a quick cup of coffee, downed some delicious pop tarts and got hiking a little before 5. 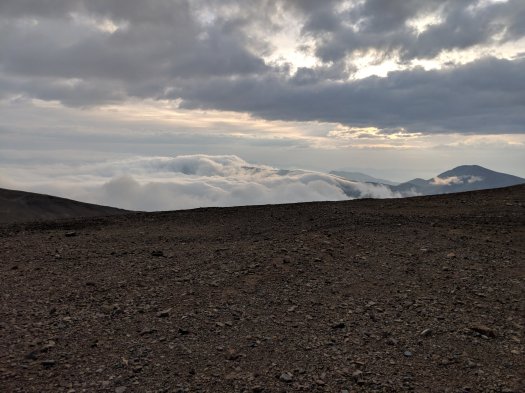 We decided to do the loop backwards and begin with an ascent up Mount Bross in order to get the illegal summit over with early in hopes no one would see us. The uphill kicked our ass and took us almost two hours to go the mile and a half up the mountain side. There were a few areas where the trail was being maintained and rerouted so we picked lines up the steep scree that felt as if we were sliding down the mountain more than climbing it. Eventually we did make our way up the wide ridge of Bross and crossed the trespassing sign to summit a little bit before seven. The mountain is owned by the city of Alma and it is posted that it is illegal to summit the mountain, but it’s 25 feet from the trail and feels so dumb to not run up, snag a picture and then go back to the trail. So that’s what we did. 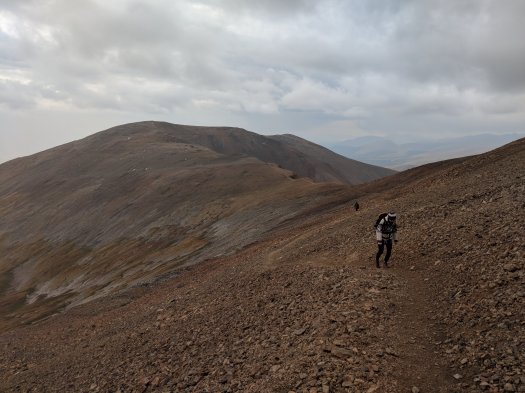 After Bross we descended to a wide saddle going North towards Cameron and Lincoln. On the way, the wind picked up and a dark cloud began blowing from the West straight for us faster than we expected. Before long we were in our rain gear and getting pelted with hail. The small storm caused a white out and we were following a single track trail as best we could to summit Lincoln. My anxiety grew as the wind blew harder and the hail covered the ground with a white icy crunch, but we were able to get to the top of Lincoln without a problem. We didn’t stay at the summit for long in order to stay moving and warm, so we turned back to head for our third summit up Mount Cameron. 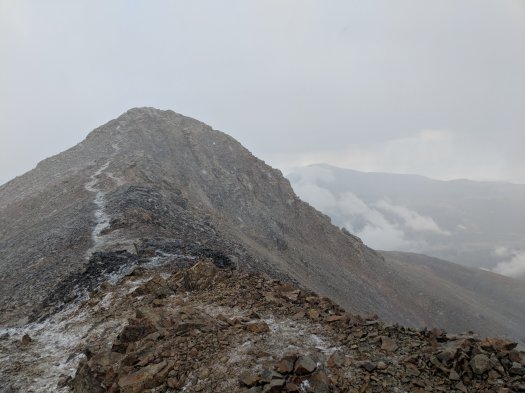 The trail to Cameron is a cake walk on another wide ridge where you hardly notice you are ascending at all. The only challenge was walking straight West into the oncoming wind with hail and snow pelting our faces, but luckily about a quarter mile from the peak the hail and snow stopped and we were only facing heavy clouds blocking our view of the surrounding valleys. We made it to the top of Cameron, which is not considered a legitimate 14er in Colorado, but is still a 14,238 foot mountain, and took our summit pictures when the wind pushed the clouds over the summit and the entire valley opened up before our eyes. There was much rejoicing. 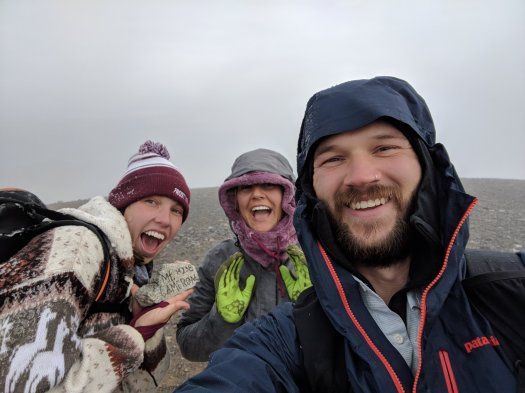 After taking a lot of pictures and celebrating our views on Cameron we began a long descend down the West side of the mountain where we would begin our last trail and climb up to Democrat. The trail was rocky and a little wet from the storm, but we made our way down in high spirits with a gorgeous view. There was a little fear of the clouds still coming from the west, but we hoped to be up and down Democrat before they hit us.

After summiting three 14er’s we were pretty beat up and Democrat is already a challenge on its own. Needless to say, this final climb kicked our ass. There is a false summit after a long climb up the East face of the mountain, but when you are at the top of the false summit you can easily spot the true summit not a quarter mile further west. We hauled to the top and celebrated our accomplishment and adventure.

After a while we made our way down Democrat, which took a lot longer than expected. There was rain intermittently as we descended, but over all we had great views of Kite Lake and the valley to the North. Eventually we made our way to the car when we heard a huge lightning strike coming from the West. Counting ourselves lucky to be done for the day, we road down the rocky road where little Camry crushed it again. And that’s that! 4 14er’s in a day! Glad my first 14er was illegal. 3 out of 53! 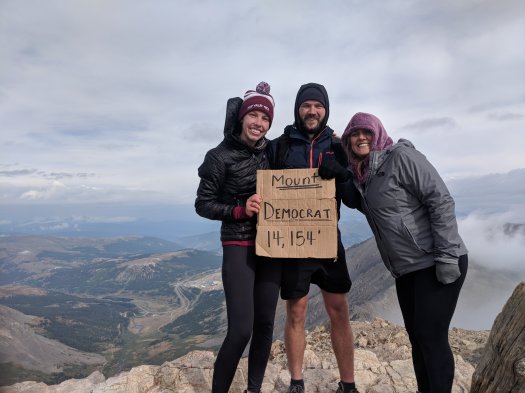 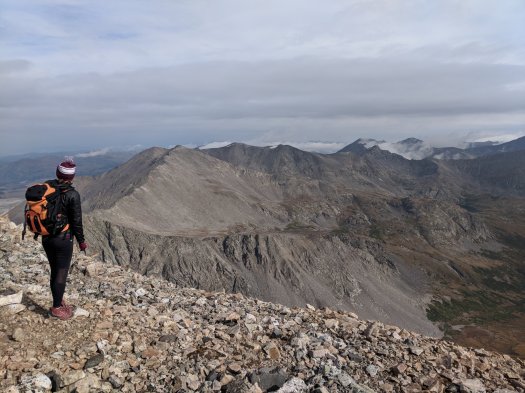 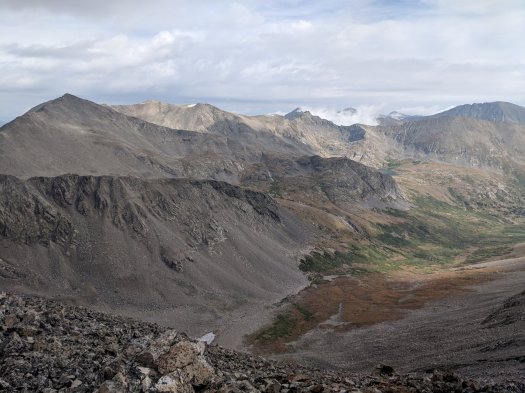